What we got up to at camp

So... we're back home again. Jonathon and Richard literally braved the storm for an extra night at camp. We had perfect weather all Saturday and most of Sunday, until Jonathon dropped us home, and then it hailed on his way back to camp! They spent Sunday night watching the rain drip from the canvas, and now, Monday night, the storm is in full swing, with thunder, lightning and rain. 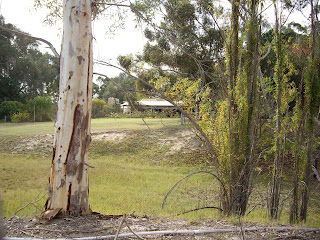 Anyway, Friday we set up camp. This time we hired a camper trailer, because they only take five minutes to set up and take down, and have stronger canvas than our tent. I HIGHLY recommend it for your camping adventures. 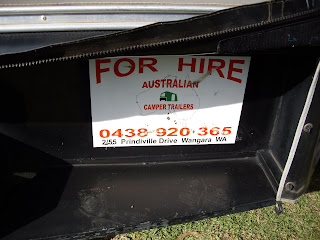 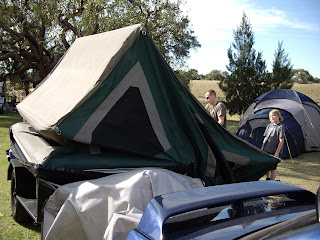 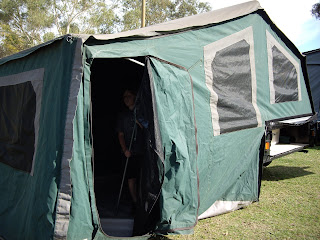 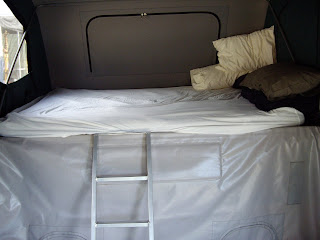 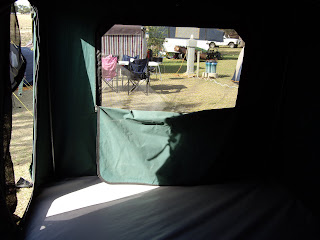 I loved the bed-on-a-platform idea! 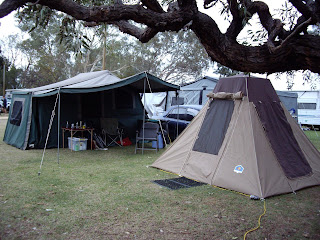 And there was an awning too, to give you that patio feel. 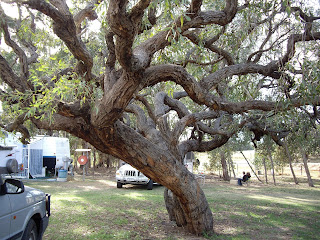 We camped right next to this beautiful gnarly tree.
And then we went exploring. 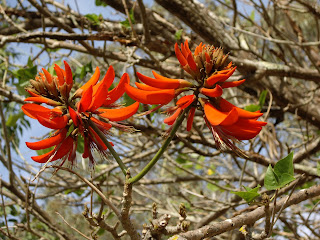 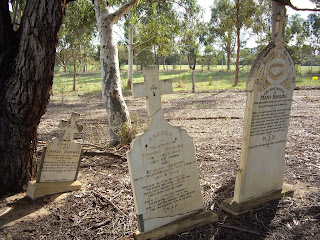 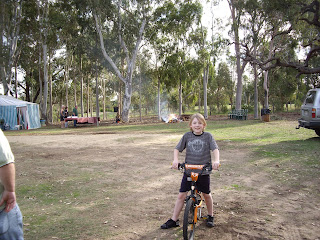 And did some sitting. 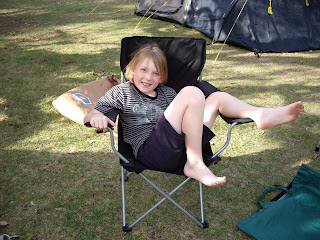 Then the boys went to watch Harry, the owner of Willowbrook Farm, light the campfire for the night's festivities. 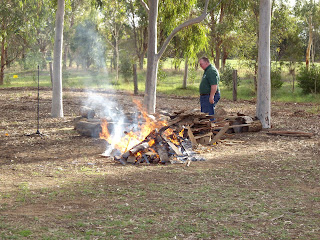 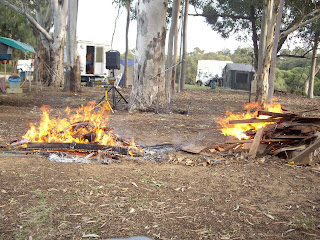 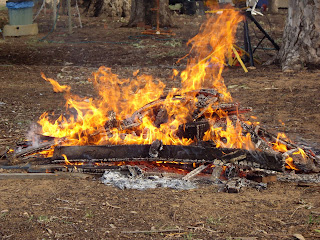 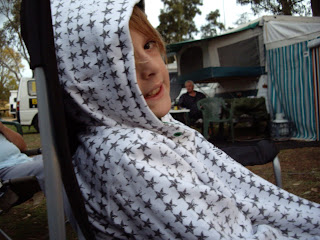 Around 5, the musician, Dave, started singing his tunes, folk and country favourites from all over the world. 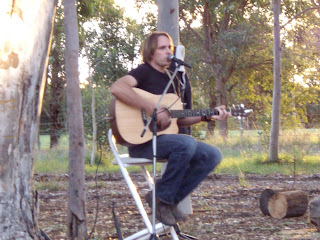 As the sun went down, his Mum and Dad took turns at reciting Aussie bush poems, and we had our bush stew and fruit crumble feast. 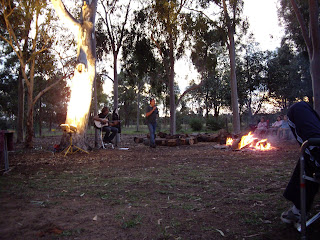 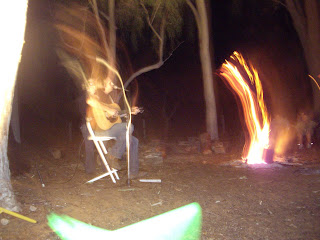 And, at one stage, even their cuter-than-a-button son, Ollie, shared the limelight. 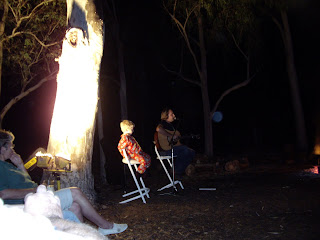 The next day, after the traditional scones for breakfast, Jack and Jonathon did some adventuring. 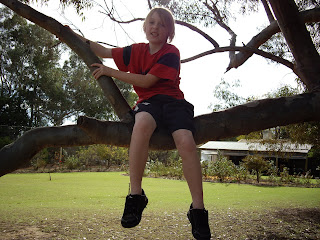 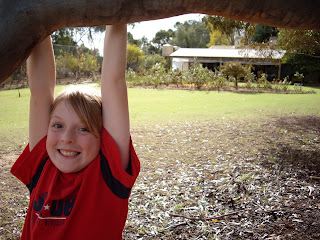 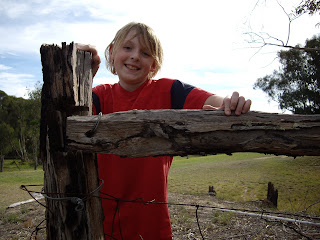 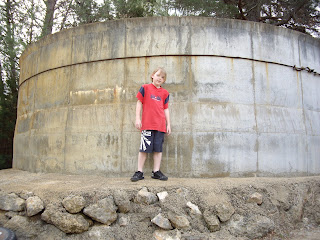 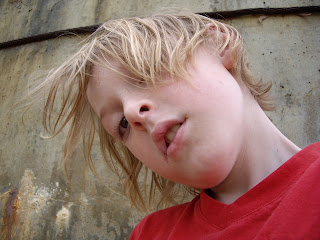 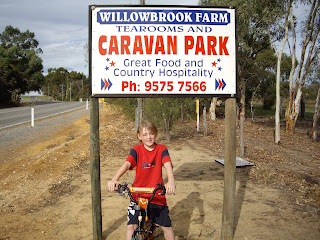 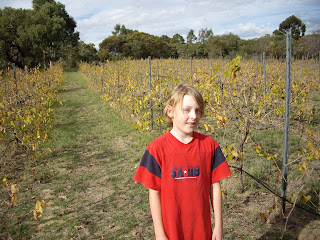 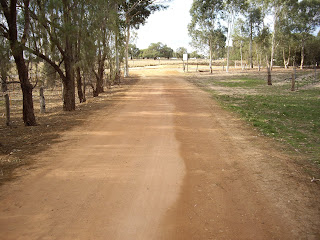 We did a lot of lazing around, and Jack rode his bike everywhere. So relaxing. And a refreshing breeze to keep the air cool in the warm sun. 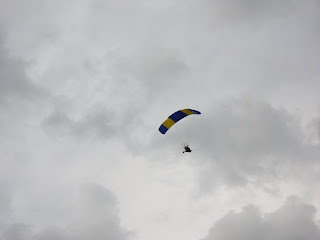 This guy zoomed overhead just before we left. It's like a go-cart with a parachute. Crazy stuff.
We'll be back.
Labels: camping, family
Posted by Beautiful Day at 00:11

Thanks for leaving me a message. You have made my day! xx